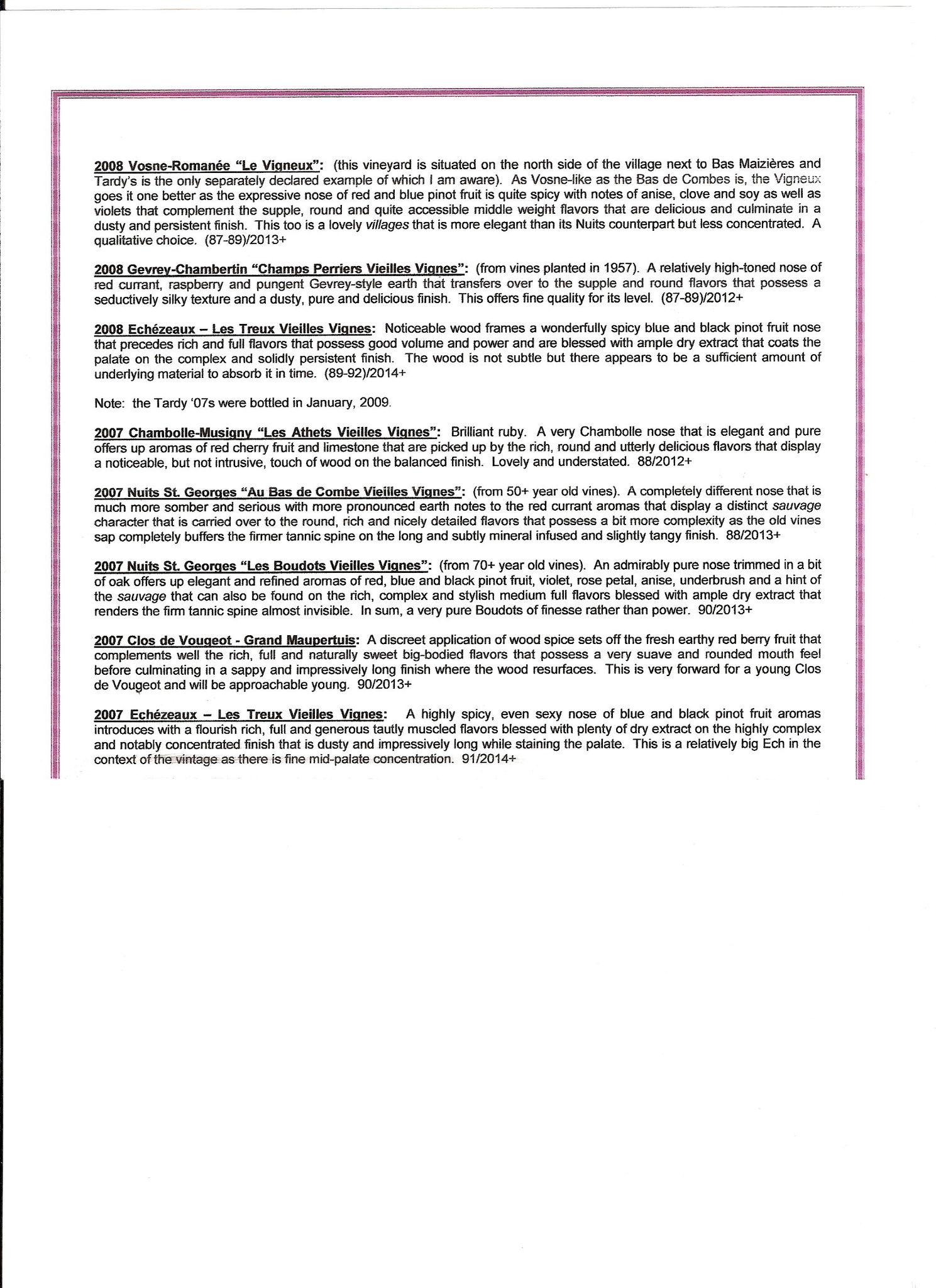 These samples were a representative blend from various barrels of different ages taken on 20 Dec!‘Just two drops’ of sulphur, I’m told. Solid and quite rich fruit, though quite a bit of fine tannin on thefinish. More obvious sweetness than most. A little bit of fizz, too. You can taste some new oak...

60- year- old vines. About a third new oak. Light ruby. Smooth and racy and with lots of energy thoughjust a ‘kiss’ of new oak here. The wine reminds me of Guillaume Tardy’s stand- up hair. Vital, a bit like an electric shock. Very fresh fruit and this is super expressive. Well done! This wine has a beginning,middle and end. GV

75- year- old vines and 100% new oak. Very much deeper colour, and bluer, than the Au Bas de Combe. Dense and rich but a bit raw too. I think the simpler wine is a much, much better buy. This is ambitious and it may well get there but it’s pretty awkward at the moment. Very dry finish.

This has a ripe, mulberry tinged nose that is just a little flat compared to others. Crunchy black fruits on the palate, just a touch of astringency but good weight towards the bilberry and iodine tinged finish. Fine. Drink 2012-2020. Tasted January 2010.

This has a beautiful, well defined bouquet with raspberry, strawberry, a touch of smoke and mulberry. Great lift and expression. The palate is medium-bodied with rigid tannins, a little disjointed at the moment but for a 2008, this is quite powerful with blacb cherry, boysenberry and plum. The finish is grippy and slightly austere, suggesting this is an Echezeaux that demand aging. Drink 2012-2025. Tasted January 2010.

This has an attractive, sappy lifted bouquet with bright black cherries, blueberry, cassis and a touch of bilberry. Good definition. The palate is peppery on the entry, quite sharp tannins but pure and focused with a citric finish. Allowing this to unfurl on the glass, it attain ever-greater clarity and poise, developing subtle notes of redcurrant and cassis with real mineralite on the finish. Magnificent! Drink 2012-2025. Tasted January 2010.